‘twas the week before Christmas, and all through the tomb, sinister creatures stirred in the gloom…

Oh go on then, one more post before the turkey and tinsel-fest – another crack at Alone in the Crypt.
This time I re-tweaked our hero’s stats a little, swapping his +1 fight for +1 shoot, in the hope that he could keep the evil dead at arm’s length. 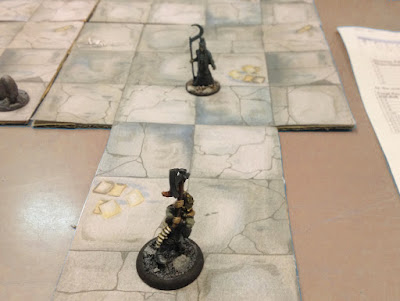 Our brave hero awoke to find himself in a familiar position – why had the Gods done this to him? This time he was near the entrance to a side chamber, within which he found no doorway to freedom. With a growing sense of déjà vu he exited the chamber to find an armoured skeleton advancing on him. 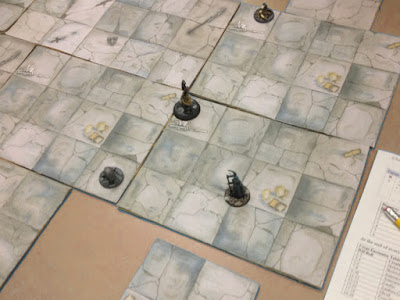 After wasting a magic arrow with a missed shot, our hero braced himself. He parried the creature’s lunge, pushing it back but not destroying it. Having earned some breathing space, he pulled back and fired an arrow of crumbling at the chamber entrance, blocking it off. Hopefully that would even the odds a little. 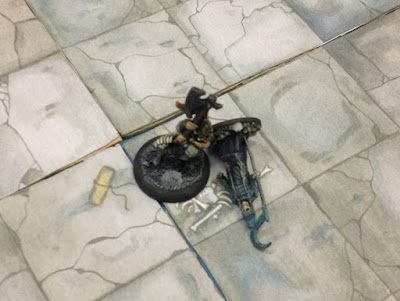 The armoured skeleton attacked once more, but this time our hero was more prepared and quickly gained the upper hand. However he could not sit on his laurels for long, for something else was shuffling towards him. 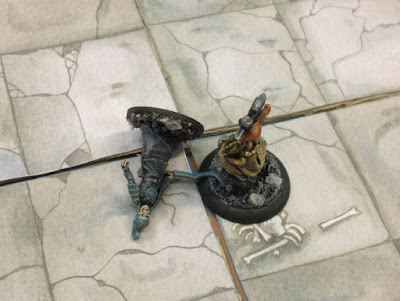 Another armoured skeleton! This one was easily dispatched, giving our hero time to search another chamber. Alas once again, no exit presented itself. 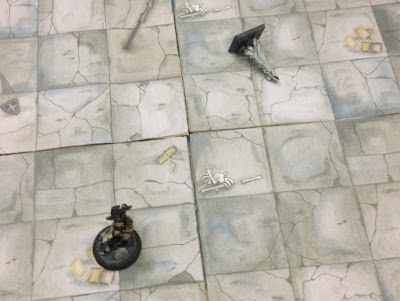 Whoooooooo… The air grew cold as a frost wraith appeared from a side chamber. Our hero notched a magic +1 arrow and fired. The icy spectre crumpled into a pile of frozen sheets! 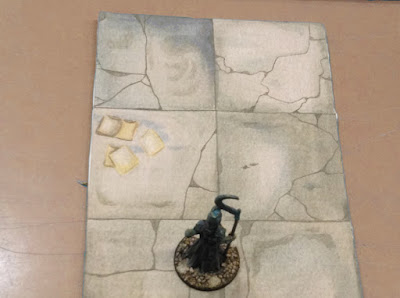 Another armoured skeleton appeared and walked straight into the pile of rubble that blocked the side chamber. That plan to use the arrow of crumbling was working! 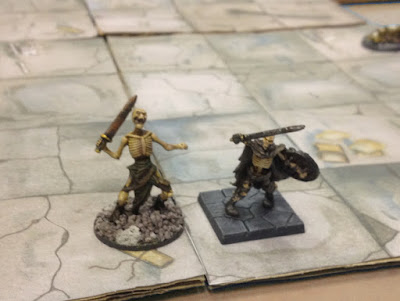 There followed more fruitless searching by our hero, who wisely ignored the treasures in favour of getting the hell out of there. Across the main hall, two skeletons arose from the debris. 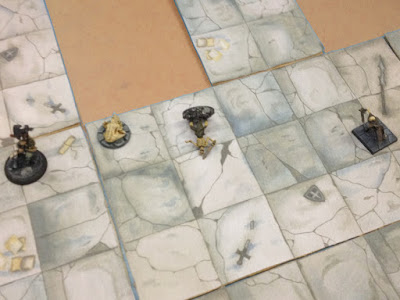 They advanced towards our hero, who took one out with another +1 magical arrow. So far he had searched four side chambers but could still not escape. 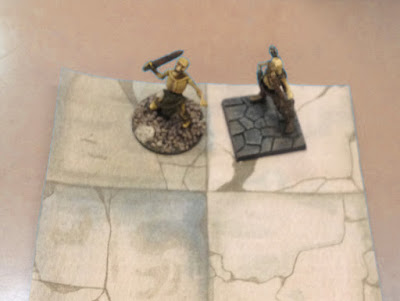 As the surviving skeleton advanced, two more appeared in a side chamber. Our hero would have to be quick, lest he be swamped with undead! 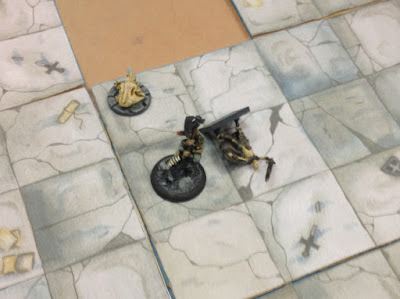 One skeleton down, but the newly arrived pair was on its way. Maybe there was time to check out just one treasure…? No! Focus on the job in hand! 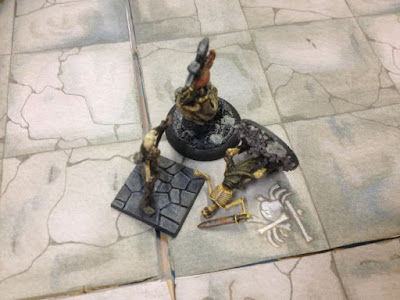 Our hero selected an explosive arrow from his magical quiver. Could he kill two skeletons with one arrow? Er, no – the projectile shot off at an angle and exploded harmlessly in a dark corner. Thankfully one skeleton was quickly destroyed in combat. 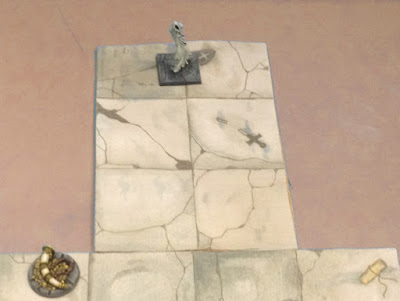 However more undead were arriving. Another frost wraith floated from a side chamber as our hero battled the remaining skeleton. For such a fragile creature it was proving tough to beat. 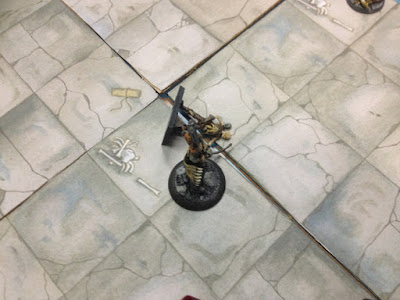 But eventually out hero prevailed. The he could feel the frost wraith’s icy presence bearing down upon him. Desperate, he raced into another side chamber and clawed at the walls… 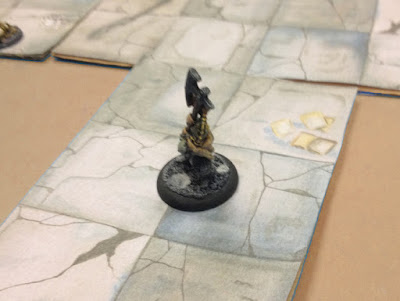 Click! His fingers caught a loose stone, which moved under his grip causing a door to swing open! Daylight flooded into the chamber as, finally, our hero fulfilled his destiny and escaped the tomb.

Phew! It was touch and go for a while, but I managed to keep the numbers of undead fairly low and more importantly rolled well enough to keep them at bay. Now the question is, can I replicate the same result, but snag some treasure into the bargain..?