Alone (Very Alone) in the Crypt 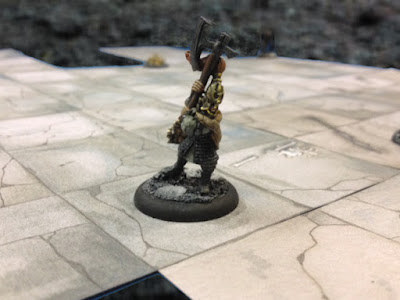 With December suddenly upon us, ‘tis the season for wargaming dads across the world to put aside their toys, cancel their gaming engagements and embark on the festive litany of (deep breath) Xmas shopping trips, school fayres, visits to Santa, nativity plays, works parties, spouses works parties and a plethora of other Christmassy things (yes, that includes decorating and putting up the tree - you try saying "it's too early" to two excited children and an even more excited wife!).

But us wargaming dads who play Frostgrave don’t give up that easily, oh dear me no. Step forward the first issue of Spellcaster, the Frostgrave magazine! Within the hallowed pages of said periodical, there is a little solo scenario called “Alone in the Crypt” – which takes a single captain (or a beefed up ranger if you don’t have the Sellsword or Frostgrave Folio publications), gives him a magic quiver and chucks him into an undead-infested crypt. 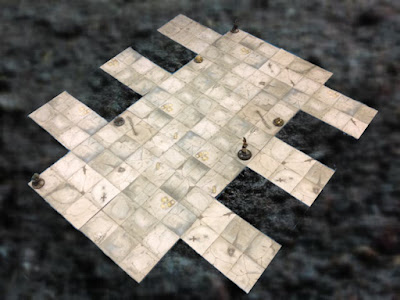 This scenario is just the job if you want to snatch a quick game in between festive dad duties, as you only need a handful of figures and no scenery except a floorplan that you can print out using the dungeon tiles available from the downloadable resources section of Osprey’s website.

And so the floor collapses under our hero and he finds himself in a cavernous and spooky crypt. In the half-light he can make out several entrances to other chambers. Will one of them lead to the way out? He’d better find out soon, because in the gloom, the undead are stirring… 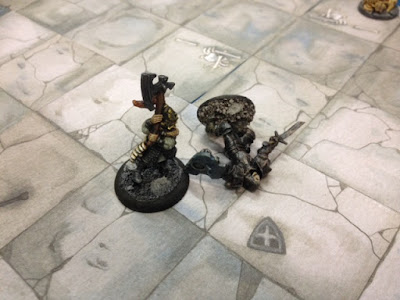 The glint of treasure catches his eye. He moves along the crypt wall to investigate… gold! He pockets the chinking coins as an armoured skeleton jerks towards him from out of the darkness. Thankfully a sweep of his magical weapon is enough to dispose of the menace.

He heads off to explore the nearest side-chamber, but the far wall is blank – no exit here. Disappointed, he emerges back into the main crypt, only to be beset not only by another armoured skeleton, but also a terrifying frost wraith! 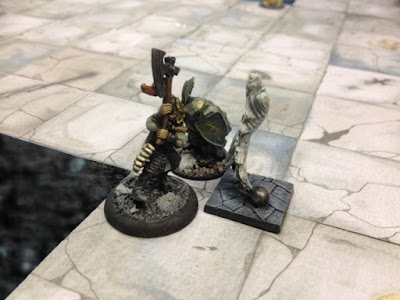 Despite being outnumbered, our hero turns the skeleton into a heap of bones and armour, but the frost wraith is upon him! It’s chilling touch saps the life out of our hero’s rapidly freezing body and he collapses to the floor, dead. All that’s left is the clinking sound of those coins, rolling along the flagstones…

Wow, that was a quick game! Lessons learned though – don’t mess about looting treasure and poking for exits when there are undead closing in on you. I also made no use whatsoever of the magical arrows that the scenario gives you – better maybe to shoot your way out of trouble, especially against more powerful undead like frost wraiths. 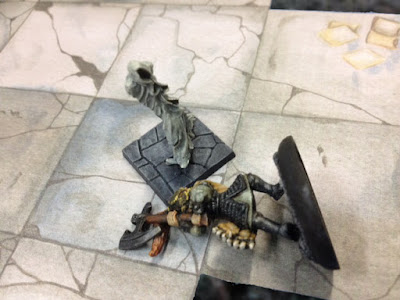 Still a fun solo rattle-through however and worth another try soon! I recommend Spellcaster (issue 2 is out soon I believe) as it contains not only this great scenario, but also optional rules for things like black powder weapons, horses and such - check it out!