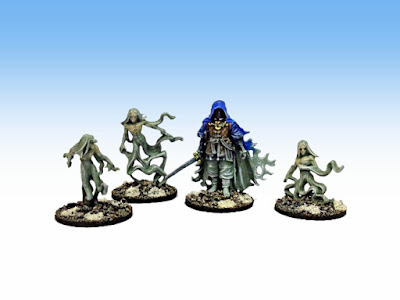 High above, in a bare chamber carved into the frozen peak, an eerie mist clung to the debris-strewn floor.

Far below, at the base of the mountain, jagged chunks of ice crashed to the ground. Within minutes they came swarming in through the newly revealed doorways, like ants to a broken pot of honey.

As if agitated by the presence of the intruders, the mist swirled upwards, coalescing into the figure of a man. He half walked, half flowed to the solitary window and looked impassively upon the minute forms below.

Three more entities drew forth from the mist: half-formed figures that bowed obsequiously to their master and fawned about his tattered cloak as it solidified into being. They drew back as he clenched his fists, tilting their heads quizzically as if waiting for instruction. 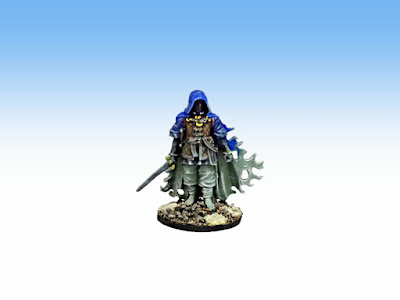 The headmaster turned, face unreadable and eyes naught but dark shadows behind his mask. Wordlessly he pointed to the gaping hole that led to the inner recesses of the complex. The Advisory Council nodded in supplication before flying out of the chamber on their errands.

When they were gone, Malcor the Mad returned to the window and watched. Plans would be made and traps laid. The faculty would return and the intruders would be punished. The sanctity of the Collegium of Artistry would remain intact…
The last batch of figures for The Maze of Malcor brings us to the man himself and his Advisory Council.

For the latter I tried the same approach as I did for the Wizard Shades, but used a greenish basecoat rather than grey (if only to make it easier to select the figures to paste onto the background during photo-editing). As there is less detail in these, there isn’t as much colour to ‘bleed’ through, but I added a little flesh-tone around the face and torso. 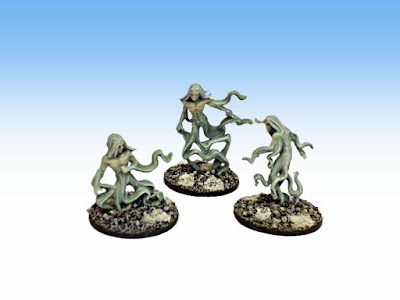 Malcor himself painted up surprisingly easy. I went for the same greenish effect as his toadies from the feet up to the waist before doing a normal paintjob for the top half, drybrushing them to blend the two halves together.

I’m pretty pleased with how it came out, though I will admit to chickening out when it came to painting the eyes, which to my mind by rights should be glowing with magic – I didn’t want to ruin the paintjob by screwing up and making him cross-eyed or somesuch.

Now I have to work out how to build some more of the specific terrain for the scenarios in the book (for as little expense as possible!)
Posted by JP at 10:45 8 comments: