The dying embers in Horgoth’s pipe flared briefly into life as he jammed the stem into his mouth.

“Hmmm…” He muttered between gritted teeth. “B is for…”

Brow creasing with concentration, he pinched the quill between a stubby thumb and finger. Wielding the feather like a small and unfamiliar weapon, he jabbed it into the ink pot.

Chuckling, he began to scrawl. 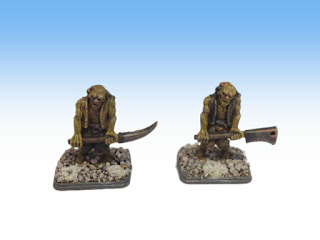 ‘B is for Brains.

Brains is the staple food of zombies.
Allus make sure yuze got plenty of fresh brains if yuze got zombies in yer warband, otherwise they’s start looking at yuze!

It cud be said that the auther of this book ain’t got much brains, so he ain’t worried about zombies.
Good job they dunt like certain other bits of the anta anata body tho’! (This part being a ribald joke)’ 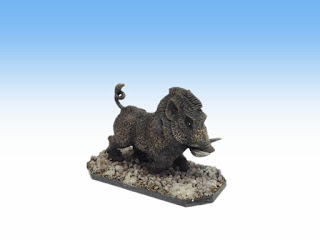 ‘B is also for Boar.

Boars is nasty bad tempered buggers.
However theys got plenty of meat on em.
Many is the time a starving warband has had a good meal out of a boar so havin a bit of nouse about butchery is a good thing to have.

Look out tho as they puts up one helluva fight! Watch out for there tusks as you dunt want one stuck up yer jacksie! (This is defo not a joke!)’

“Horgoth! You’re not wasting time on that stupid book again are you? That firewood isn’t going to chop itself!” came a shrill voice from the parlour.
Hograth groaned.
“I’ll do it in a minute!” 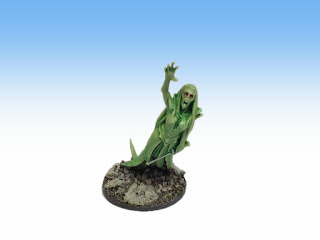 ‘B is for Banshee.

Banshees is the ghosts of wimmin wot wails and shouts and makes all sorts of bloody caterwaulin.
Bloody hell its enough to mek a man go bloody mad!
Some says that thems the restless spirits of wimmin who have been dun wrong by.
But it’s the auther’s onion opinion that they is the spirits of wimmin wots nagged their husbands too much and ended up on the ducking stool and drownded.
(To my missus – this is a joke also.)
(To the rest, this is not!)’

He paused for a while, staring into the fire as he thought.
“Ooh, I know!” 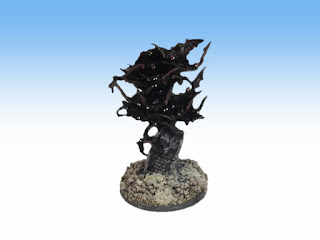 ‘B is also for Bats.

Bats is little flying blighters wot comes out of caves an buildings at night and scares the buggery out of yez.
Some is known as Blood Bats, which the auther has heard tell of but never seen.
He has also heard tell that some is used by Crowmasters instead of crows.
I spose this must mek em Batmasters.
Some also suck yer blood (the bats, not the crowmasters, though at the prices they charge I dunno.)’

Smiling triumphantly he knocked his pipe on the table, spilling it’s greasy contents across the parchment. Reaching for his tobacco pouch he suddenly paused.

He put his pipe down and began to write again. 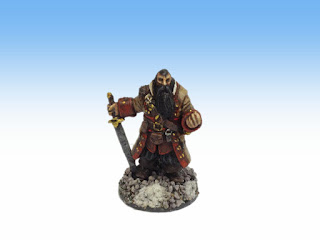 The auther (pictured right left right) has been called many and all of these things as he has been around a bit and knows how to handle hisself.

Literererary critics and the like take note!
(This also being a joke)

“There.”
He leaned back in his chair, which creaked slightly.
“Dunno what them wizards mek such a fuss about – this writin’ lark is easy!”
He shuffled the ink and tobacco splattered sheets of parchment into a rough pile and placed the title page of ‘A Childerns Diktionary of Monsters and Such’ on top.
“If only I could think of summat that begins with A…”

Some more minis from the stuff I’ve bought, swapped or cadged over the last few months.