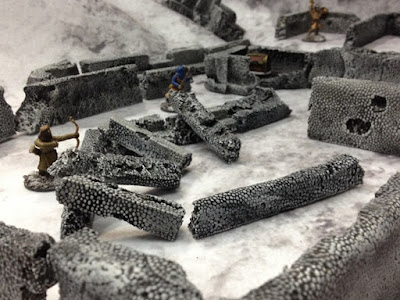 With apologies to my mate Edwin for stealing the title from his blog, Thoughts of a Depressive Diplomatist! 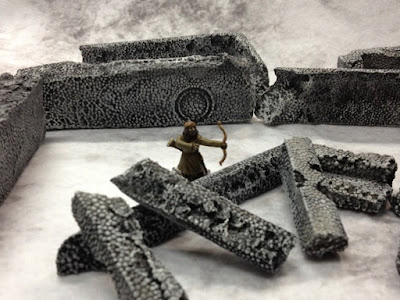 I rescued a small amount of polystyrene packaging from the bin, with a view to making some terrain, scatter and such. 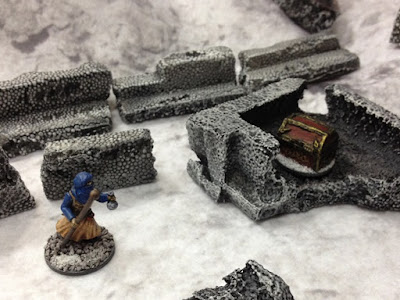 After hacking it to bits, distressing the pieces and giving them quick once-over with a heat-gun, I simply 'primed'/painted it all with black paint and gave it the ol’ drybrush with a few different layers of grey tester pot paint (finishing them off with a light brush of cream). 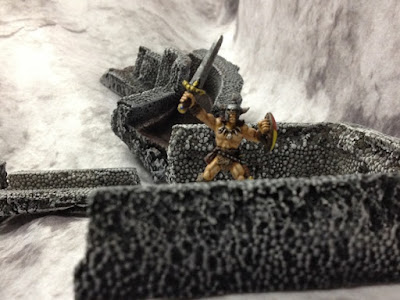 I also bought some small aquarium ornaments that had the same treatment. They’re very much under-scale, so I snipped off the battlements to up-scale them a bit. Hopefully they’ll pass muster as arches/doorways/bits of wall. 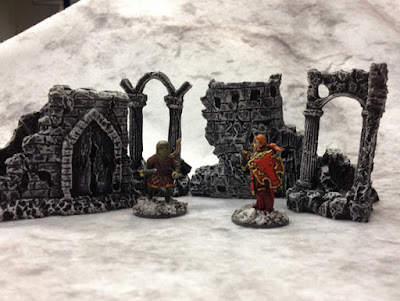 I’m rather pleased with the results – they have a sort of stony, dungeony feel to them, which will work well in some of the underground/indoors scenarios.