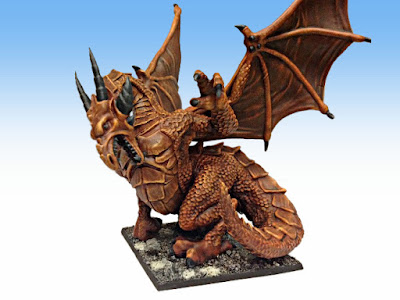 Since time immemorial Atrrakza the Blackhorn had slumbered beneath the magical city, dreaming great saurian dreams atop the vast pile of treasure it had accumulated over the aeons.

Once every few centuries something would awaken the great beast: a shift in the magical field, the sudden craving for more glittering things, the intense cold and frost that had as of late settled on his mighty scales… or simply just hunger for flesh… 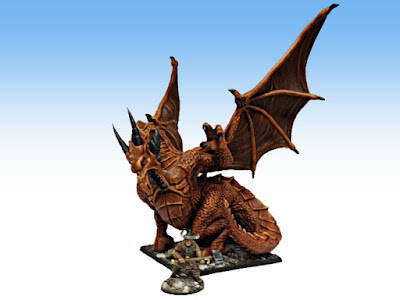 Who knows what had roused Atrrakza the Blackhorn this time. Perhaps it was the prattling of the small ape-like creatures that scrabbled around the tunnels near it’s cavernous chamber with their torches and feeble spells. Maybe it was their squabbling over trinkets that were rightfully the property of the dragon.

Either way, as it’s eyelids opened to reveal jet-black eyes that gazed balefully into the darkness and it’s nostrils flared with sulphurous clouds, Atrrakza the Blackhorn stirred… 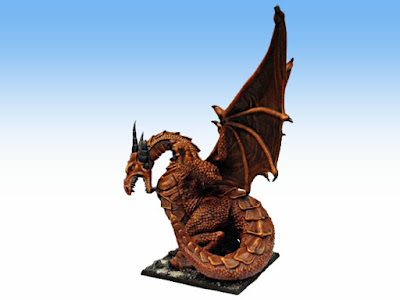 Wargamers can be a very nice bunch of people. Last December I posted a little update, talking about the latest issue of Spellcaster magazine, which features rules for dragons. I also uploaded a photo of my kids’ toy dragon, which I intended to use until I got around to buying a proper model.

Months later and I received a very nice email from my chum Phil Curran, who told me he had a spare one, and would I like it? I of course said yes, and within days I was the proud owner of this lovely beast from Mantic’s Kings of War range. 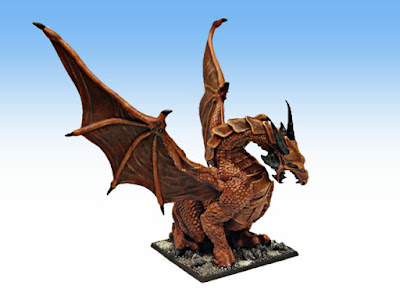 It’s a massive model – a really nice chunk of plastic which painted up a treat (despite my heavy-handed drybrushing on some areas that I managed to avoid photographing). The red colour scheme I wanted has come out lighter and more orangery than I anticipated, so I decided to go for black horns, claws and teeth to add some contrast.

All-in-all though I’m very pleased with how the dragon came out, so thanks very much Phil for your generosity – you’re a true gent!
Posted by JP at 09:08