Welcome to the Temple of SKULLZ! 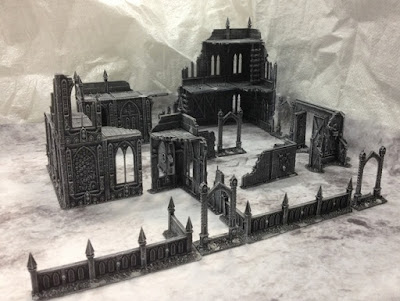 “That’s a bit melodramatic isn’t it?”

“No, it actually says that here…” muttered Oddleigh, proffering the mouldering map to the Hobbit. “S-K-U-L-L in big letters, ending in a zed.”

They watched as the third member of their scouting party, Magog the barbarian, poked around the frozen ruins that seemingly tumbled out of the snowy hillside.

“Well, they certainly seemed to like their ‘skullz' - they've even put them on their bloomin' ladders,” Halfinch observed, “seems they liked their ‘spikez’ too…” 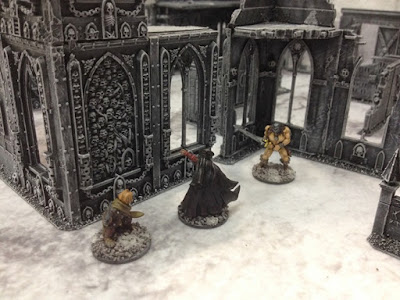 Magog turned to them and grunted.

“Um, is that so?” Oddleigh gawped. 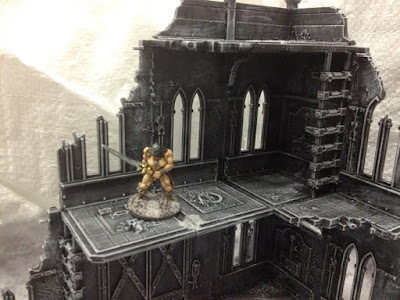 “Er, are you sure you’re a barbarian?” 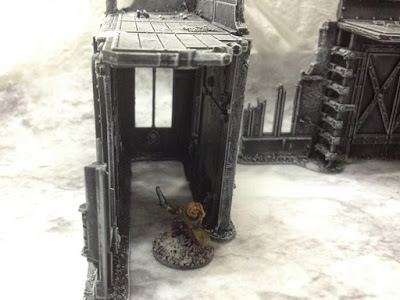 After receiving a little bonus at work a while back, I decided to treat myself to some scenery – namely some Warhammer 40K stuff (Sanctum Imperialis and Basilica Administratum sets to be precise). My challenge was to make as much out of these kits as I could.

After much cursing and gluing of fingers I now have plenty of Gothic buildings to add to my scenery collection, with just a few bits left over (which I have other plans for). 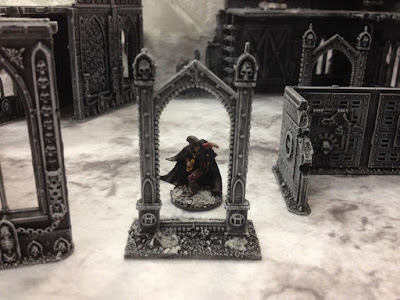 As well as the main ruins (I’m particularly pleased with the mausoleum/cloister piece) I used the spare floor sections and parapets to make some walls. 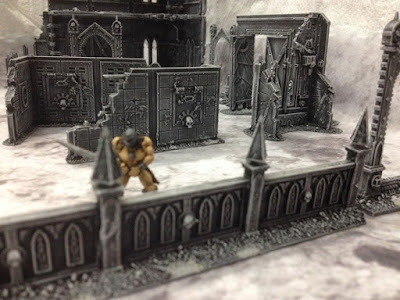 I also decided on another use for the flying buttresses, joining them together to make separate archways, enabling them to double up as doorways. In order to keep everything stable, I glued each item to a narrow base. 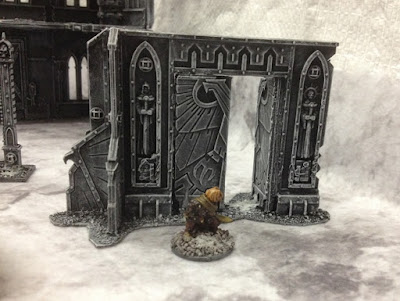 Painting was as per usual – black undercoat and tester-pot drybrushing. Add a little bit of scatter and snow flock and there you have it. 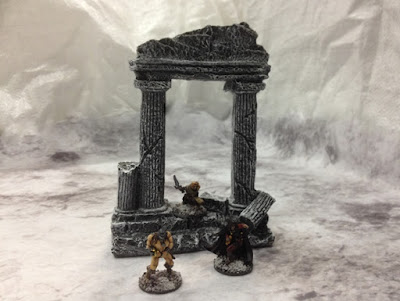 Oh, and I bought this aquarium scenery column piece last weekend – already coloured grey and highlighted, so no work required!