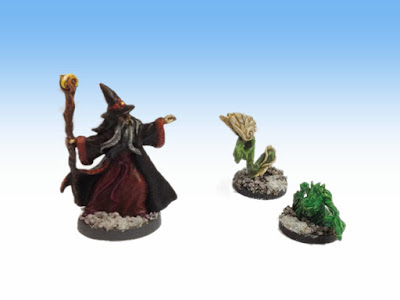 Participating in the LAF sprue exchange is a great way to rummage through other people's unwanted stuff. When the box last came to me, I bagsied these Reaper Bones minis... 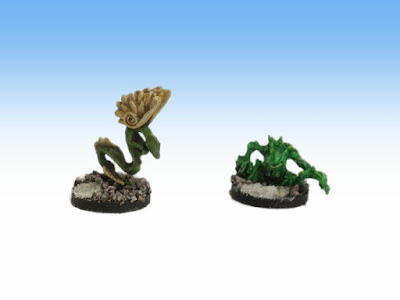 First off the little - two familiars that I'll use as imps (or indeed familiars if Thaddeus learns that spell). Another option is to use the one little guy as a small construct (a snot golem!) 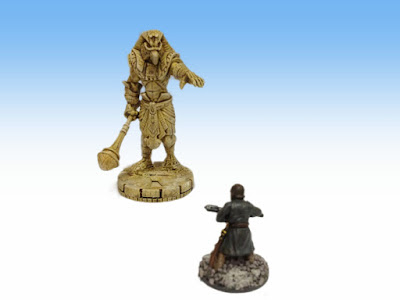 For the big we have this large statue, obviously brought back to Felstad from the mysterious Southlands by some adventurous wizard centuries ago. Notice that I've based this on a Heroclix base, so that it can be used as a turns counter. 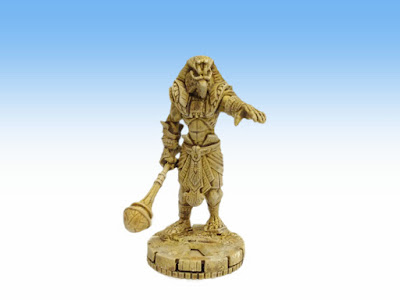 By way of an experiment, I tried to replicate the sandstone look by stippling the highlights on with a sponge. I think I may have been heavy handed in places, but I'm rather happy with the result.
Posted by JP at 13:34

Email ThisBlogThis!Share to TwitterShare to FacebookShare to Pinterest
Labels: Miniatures