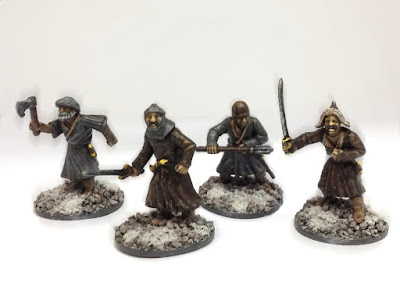 The ‘town’ of Uluk was really a rag-tag collection of yurts and shacks, huddled around what remained of an ancient watchtower that served as the settlement’s inn, meeting place and trading hub. Exposed to the razor-sharp steppe winds and knee-deep in slush, it was a miserable place, but it was the only thing that remotely approximated civilisation for hundreds of miles.

Coming in from the chill, the heat hit Oddleigh like a hammer as he half-tripped through the door of ‘the Tower’. Men looked up from their meagre meals and brackish drinks – nomadic tribesmen, used to the harsh life of the steppes; bandits and desperadoes, raiders en-route to the caravan trails further south; fighting men, down-on-their-luck adventurers with nowhere else to go.

Oddleigh gulped, feeling as if their hostile stares alone could gut him and rob him of his belongings before he could scream.

“I- I b-bring g-greetings from my m-master – the wizard from the old fort,” he stammered. “He is looking for men – for an expedition… Er, he has gold…” 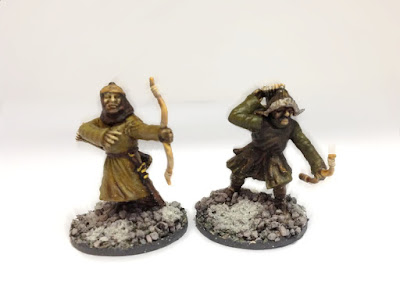 I started off by cobbling together some basic fighting men for my warband - thugs and archers - from Fireforge's cracking plastic Steppe Warriors set. I've also invested in a few individual sprues from eBay, allowing me to mix and match a little bit too. 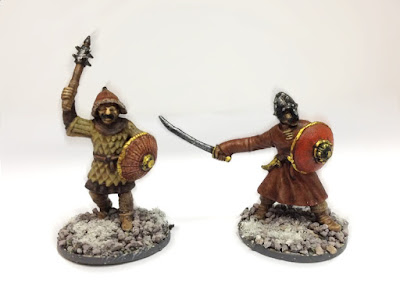 Assuming I actually get to play a few games, and do well enough to earn some gold, I've also done a couple of men-at-arms to bolster my warband. 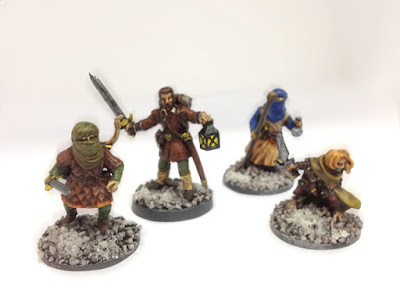